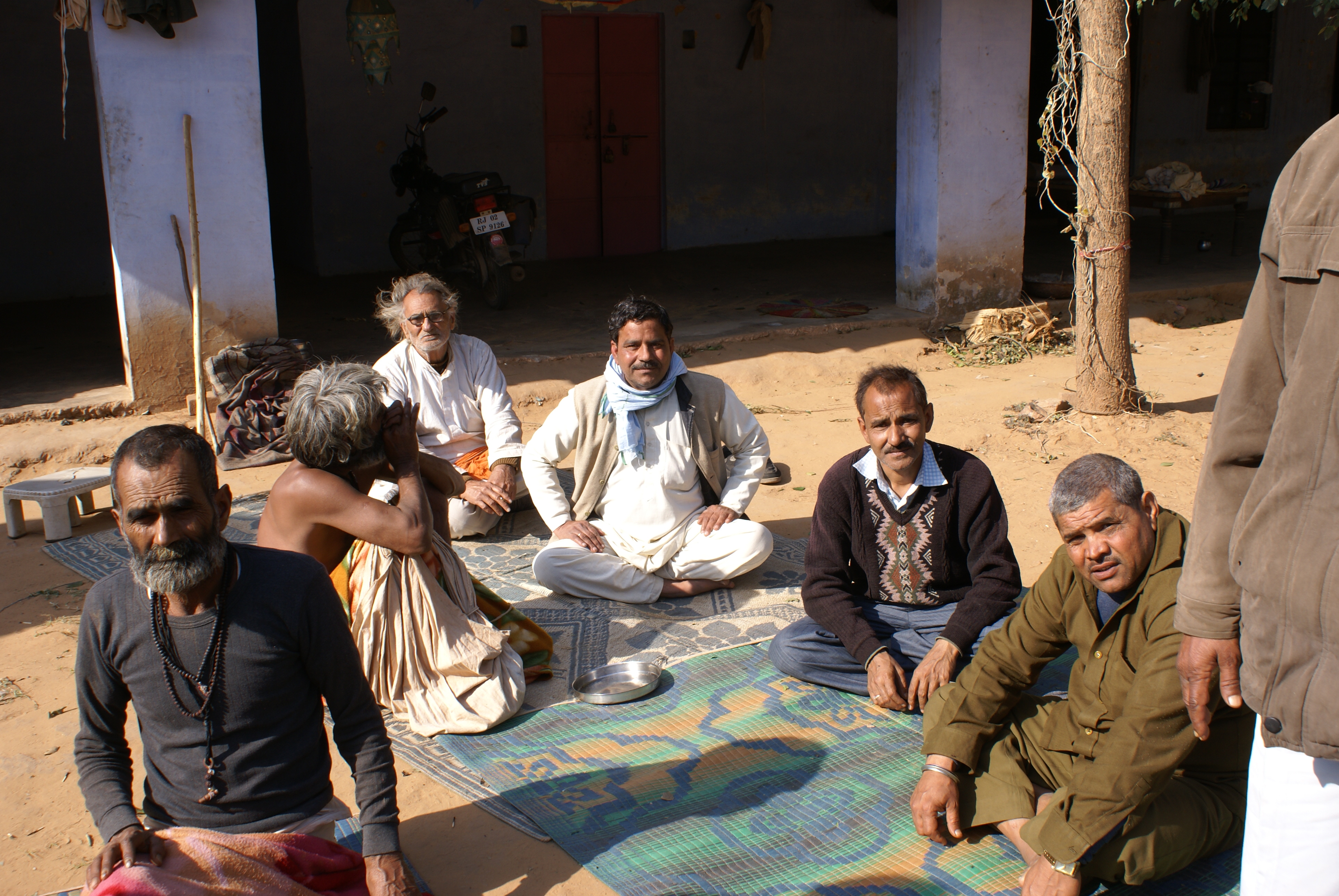 Sadhu in Rajasthan
1 . This photo was taken on my birthday, 16 January 2011. At the time I was living in Delhi and for a birthday treat was taken to an old fort in Rajasthan. We were wandering around the local village where for a few rupees we were offered a ride on an old camel  drawn cart. We were taken away from the daily bustle of the small village into the hills and on up to a small hilltop Hindu temple where we were invited by these local men for chai and prasad (tea and sweet). These men were sitting smoking ganja, sipping chai and whileing  the time away chatting with the Sadhu’s.  Two women, one white and one NRI Indian was an unusual and welcome break in their day.

Mathadi; Daily Wage Worker, Uttar Pradesh
2. Noida; the ever-growing city. Everyday in Noida, the city in Uttar Pradesh that knocks on the door of the affluent South Delhi suburbs grows a little. Brick by brick  the city is built entirely by hand by the thousands of workers from across UP and other poor states who come with their families and build makeshift huts alongside or within the buildings they are working on. Everyone works, everyone contributes to the daily wage living, building high rises, malls, shops, schools and parks they will never be allowed to use. Labour is cheap and plentiful so young and old, men and women with bare hands and the simplest of tools the city grows day by day. About 85% of India’s working population, around 400 million people are Mathadi’s or informal daily wage workers.

Boy getting Tonsure in Mysore
3. This photo was taken in Mysore, Karnataka near a Hindu Temple. He was getting his head shaved in preparation for a religious ceremony.

Daily wage woman in Uttar Pradesh
4. Another of the tens of thousands of labourers that are building the modern India each day. Approximately 120 million women are Mathadi or daily wage earners in rural India, most earning only half of what is paid to a man for the same job. This woman was cooking her family an early morning meal over a small fire using old tins instead of pots and sticks in lieu of cooking utensils. The meal each morning consisted of dry roti’s and a hot drink, probably chai. Behind her is the shack built from bricks and tin that her family sleep in whilst building the house, the foundations of which are starting on her right. Out of sight are the luxury bungalow houses already built and occupied on the rest of the street.

Paper Dosa; Kanyakumari, Tamil Nadu, India.
5. Paper Dosa. I love South Indian breakfasts. Growing up with cereal and toast did not prepare me for the amazing taste and visual sensation that is breakfast in the southern states of India. Idli, vada, sambhar, uttapam or dosa along with various chutneys and steaming hot, freshly prepared south Indian coffee seem to be the mainstay among  the breakfast choices. This is a paper dosa, the largest and showiest version of the dosa, always attracting attention if ordered as if it is showing the culinary skills of the udipi’s dosa maker and large enough to indulge the family with the crisp rice loveliness of it all.