Confessions and Observations of a Supermarketaholic 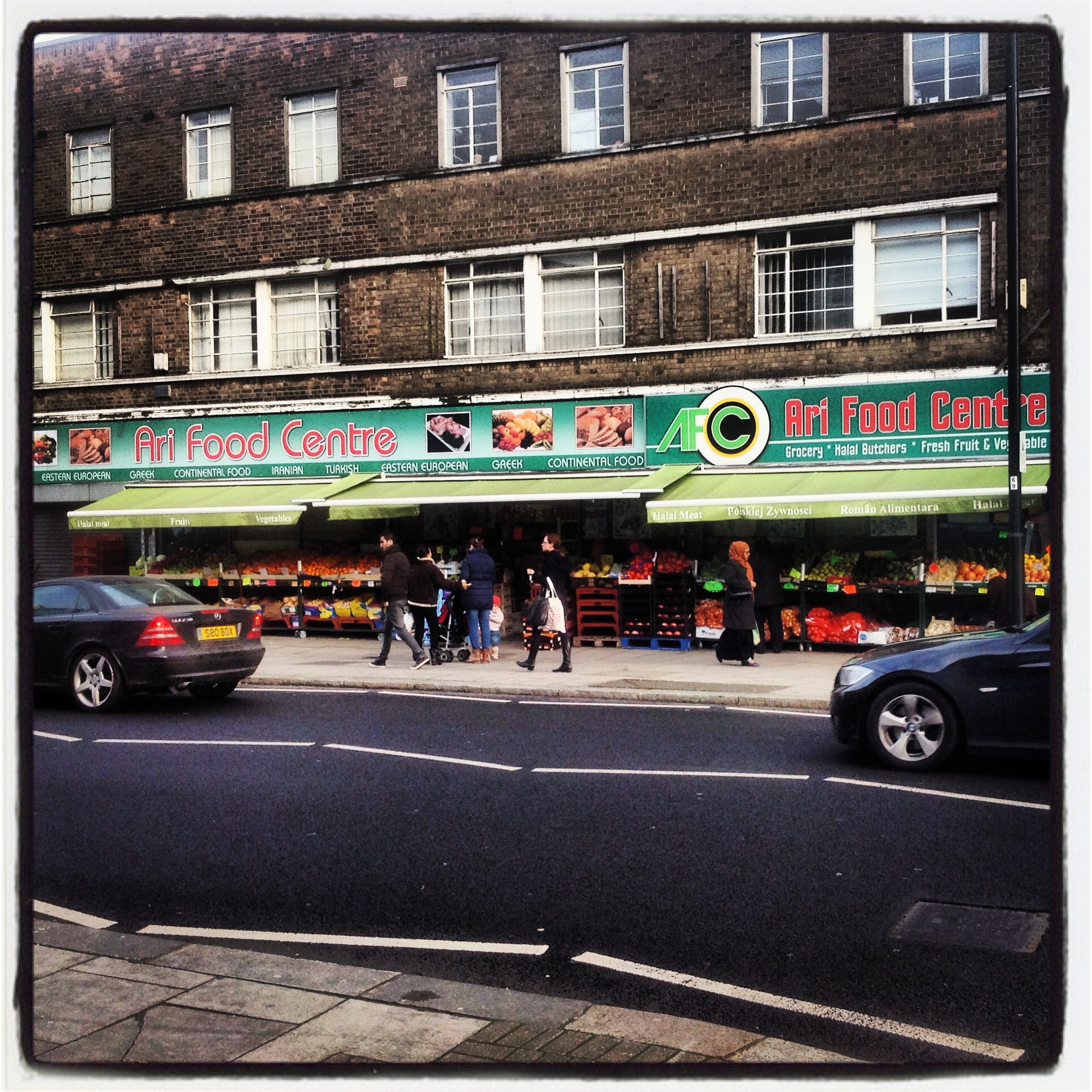 I like supermarkets, sometime times I pretend I don’t, but really I do. This is my second go at living in England, the first time was about 14 yrs ago when there didn’t seem to be too many supermarkets around. My shopping was mainly done from the wonderful family owned small stores that lined each high st.  At that time I lived in Islington and Stoke Newington, the only supermarket within walking distance was a dark scruffy place that I really only visited to get toilet paper and dishwashing liquid, I can’t even remember its name.

Don’t get me wrong I do love the European culture of tiny well stocked stores selling the most divine fresh meat and produce and jars of exotic sauces along with the staples of everyday living.  Buying fresh food each day on the way home from work and eliminating the need for large storage spaces in the kitchen. Italy really sold me on this concept, no need for cars to lug big bags of shopping, just buy the freshest of produce each day and have enough room to store your olive oil and a few fresh spices.

Growing up in New Zealand, I was introduced to the supermarket culture from a young age. Mum making me carry the old brown paper bags full of the weeks grocery’s home; home always being up the hill and not down.  Supermarkets in those days were boring, small dark isles to hide away from mum, nothing interesting on the shelves. New Zealand didn’t allow easy importation of foreign goods until the 90s, about the same time immigration was opened, so all those ingredients that I used to read about in exotic recipe books, like coconut milk, spices, variety of rices, limes, fresh chillies, pulses and so on were just not avail to me, a budding cook with a taste for anything hot, spicy and exotic. In the 90’s suddenly we had a deluge of people and things from foreign lands that previously I could only dream about, introducing me to tastes and sensations that rocked my senses that had been brought up on lumpy mash, dry meat, overcooked carrots, boiled peas and the only exotic spice that hit our food was an occasional sprinkle of black pepper.

We did have corner stores, these we called ‘The Dairy‘, mostly they sold milk, butter, newspapers, snack food etc. Too expensive and understocked to live out of unless maybe you were a student, too lazy to go to the supermarket and content to live on crisps and soft drink. The Dairy’s were also my first introduction to the Patel’s from Gujarat, it seemed that most dairy owners in those days hailed from that region of the world. How they must have missed their own local food, I doubt if any non -Indian kid in NZ had heard of dhoklas, rotli, khichdi, farsan, mint chutney or my now favourite dabeli at that time.

Back to the Supermarkets, how they have evolved and almost against my will most now sell a range of the freshest produce, the most exotic spices, the best cuts of meat, freshly caught seafood and the largest array of packed food and the cheapest and most extensive range of alcohol that one could imagine. All of this is sold in an ambiance of  a clean light and an almost exciting atmosphere with competitive prices, bright packaging and smiling cashers, keen to give you tokens, cash back and vouchers for even better deals next time you visit.

What to do? succumb to the clever advertising, the bright lights and the one stop shop, convenient and almost exciting or keep supporting the local family owned local. I now live in North London and have a myriad of choices, Waitrose, Aldi and Sainsbury’s within walking distance, M&S and a large Tesco not much further away. While I love to roam their aisles for both the bargains and the not so cheap exotic packed goods all wrapped in cellophane and nicely stacked on clean shelves, there is something that keeps drawing me back to a store that is close by, I am unsure of its name but our family colloquially calls it ‘The Mediterranean store’ . Typical of London this store is packed to the brim with jars, cans, packets and sacks of food, some I recognise, some I don’t, all seeming to vaguely come from the Mediterranean or Middle Eastern part of the world. Along with the packed food comes fresh produce, a huge range of in-season fruit and vegetables, stacked up outside, inside, wherever there is space and a meat counter selling fresh Halal meat, not packed and sanitised behind cling film and polystyrene, just clean and fresh waiting to be brought by the kilo, chopped or minced to order. Open sacks of nuts, large bowls of olives, stacks of baklava,  spices, fresh hummus and other exotic delights finish the scene as you venture in. As much as I love to roam the shelves of M&S or Waitrose, something draws me back to this shop and others like it. The ability to pick out the best of the not so perfect looking fruit, pick of a packet of something from the precariously placed pile and chat briefly with the woman behind the counter, who has the knack of multi tasking down to a fine art, who can switch languages seamlessly depending on who she is serving and remembers me with a large smile when I enter.

So a supermarketaholic or just a foodie that loves meandering amongst aisles of fresh fresh food always looking for that ingredient I have never heard of or difficult to pronounce to try in my next family meal, I am not sure, but I do know that regardless, ingredients that I can smell, touch and create from scratch a meal with, will win every time.